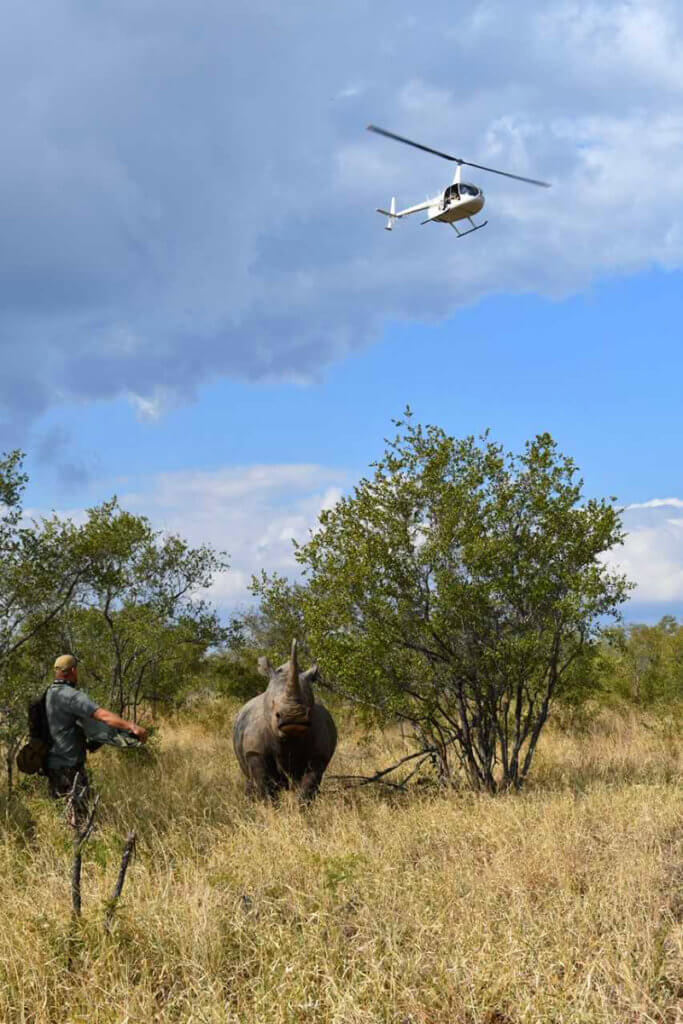 This picture was taken during fieldwork that involved collecting DNA samples and placing microchips in rhinoceroses.

Dr. Audrey Ruple, assistant professor of one health epidemiology, had a goal of creating a learning opportunity for students that would help make the concept of One Health, which they learned about in the classroom, more tangible. This summer was the first time that Purdue veterinary students had the opportunity to participate in her three-week program involving travel to London and South Africa. The six veterinary students were able to see and experience the issues involved in One Health firsthand rather than just learning about it as a theory.

The trip included two stops.  The first week was spent in London, England, where the participants learned about major players in the advancement of science and treatment of disease. The students heard lectures about One Health from faculty at the Royal Veterinary College and were able to tour the Houses of Parliament and Lords. Dr. Ruple led tours of the Francis Crick institute, the British Library, Wellcome Trust, London School of Hygiene and Tropical Medicine, and the British Museum. The students then were joined by four students from the Royal Veterinary College for the journey to South Africa. 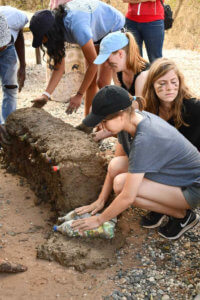 During their two-week stay in South Africa, the students were based at the Hans Hoheisen Wildlife Research Station, which sits on the edge of Kruger National Park. They learned from lectures and fieldwork about the overlap between livestock, wildlife, domesticated animals, people, and their shared environment. The students spent time in an animal clinic, human medical clinic, livestock production areas, and the community. They even got the chance to help an anti-poaching unit with fieldwork that involved locating and sedating rhinos and placing microchips in their horns, tattooing and notching their ears, and collecting their DNA. Additionally, the students went on a safari in Kruger National Park, took a trip to Blyde River Canyon, and participated in service learning projects such as building a bench at a local school out of recycled materials and mud. 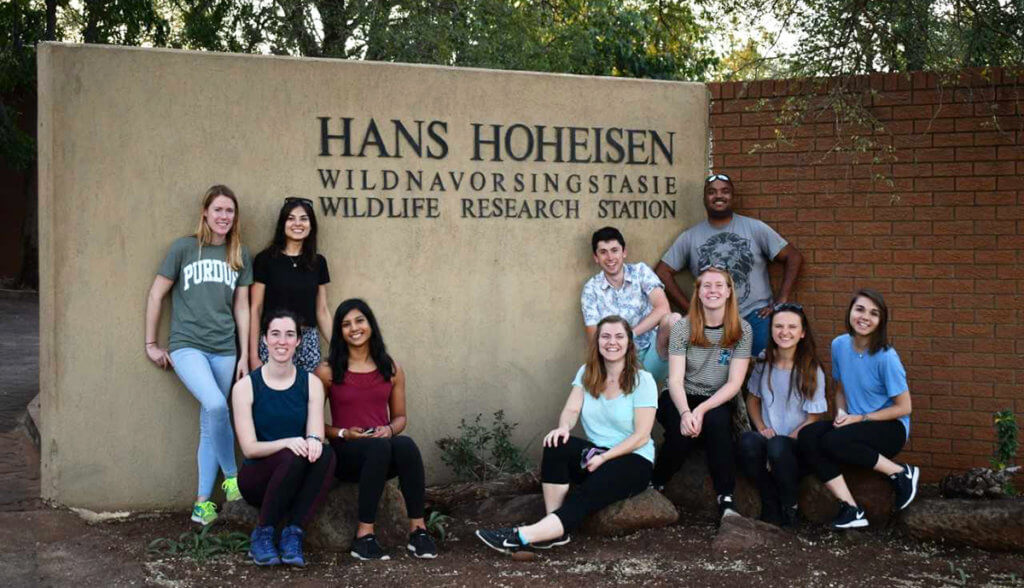 One of the Purdue students who participated, Michaela Helm, of the DVM Class of 2021, said she was intrigued by the One Health focus of the trip. As she looks ahead to her career, Michaela says her view of not only One Health, but also conservation (wildlife and environmental) and the impact of veterinary medicine in very rural communities has been expanded. She has grown not only in how she views veterinary medicine and its impact, but in how she views cultures.

Michaela said her favorite experience on the trip was being involved in the communities and seeing the positive impact their efforts could make on the people who live there. These communities have to deal with a lot of issues involving diseases, especially those that are related to their livestock. “I would most definitely consider returning to South Africa to do further work,” Michaela said.  “Not only is this a very unique area with the potential for a lot of research to be done, but also this is an area where I could practice veterinary medicine and see the direct impact of my work and I quite like the idea of that.”