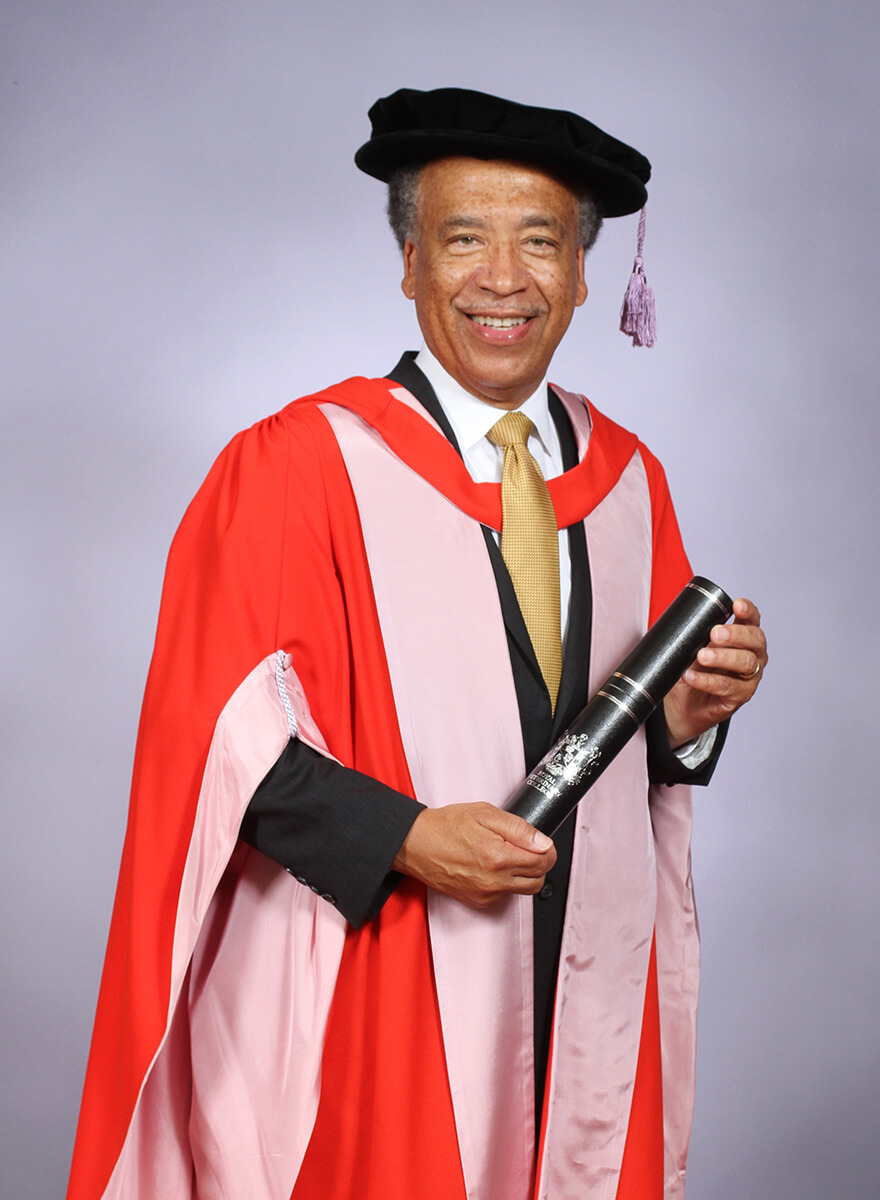 The Royal Veterinary College of the University of London recognized Dean Willie Reed for his leadership contributions to diversity and inclusion in the veterinary profession by awarding him the degree of DVetMed honoris causa at summer commencement exercises.   During the afternoon ceremony on July 5, Dean Reed was introduced by Dr. Harriet Syme, professor of small animal internal medicine at the Royal Veterinary College, who praised him for his accomplishments and leadership.

“Today we honor Dean Willie Reed for his distinguished record as dean of the Purdue University College of Veterinary Medicine, for his work as a veterinary pathologist, for his leadership in the veterinary community, and, arguably most importantly, for his advocacy on behalf of groups that are underrepresented in veterinary education,” Dr. Syme said.  She then highlighted his education and career accomplishments, noting his service to the veterinary community on innumerable committees, including advisory committees to the U.S. Government and the NIH, and leadership roles within veterinary specialty groups such as laboratory diagnosticians, poultry veterinarians and avian pathologists, as well as at the Association of American Veterinary Medical Colleges (AAVMC).

Dr. Syme went on to explain how Dean Reed has been instrumental in developing opportunities for underrepresented minorities in veterinary medical education. “His work has not been limited, though, to the promotion of ethnic and racial diversity,” Dr. Syme said. “He has also received awards for the work that he’s done in support of the LGBT community and the promotion of women in the veterinary community.” Noting that internationally almost 80% of veterinary graduates are female, Dr. Syme pointed out that the proportion of women rapidly drops off in the upper tiers of academia and leadership roles within the profession. She concluded, “…I think we’re all aware that the work that he has begun is not yet complete, and there’s plenty more to be done by all of us.”