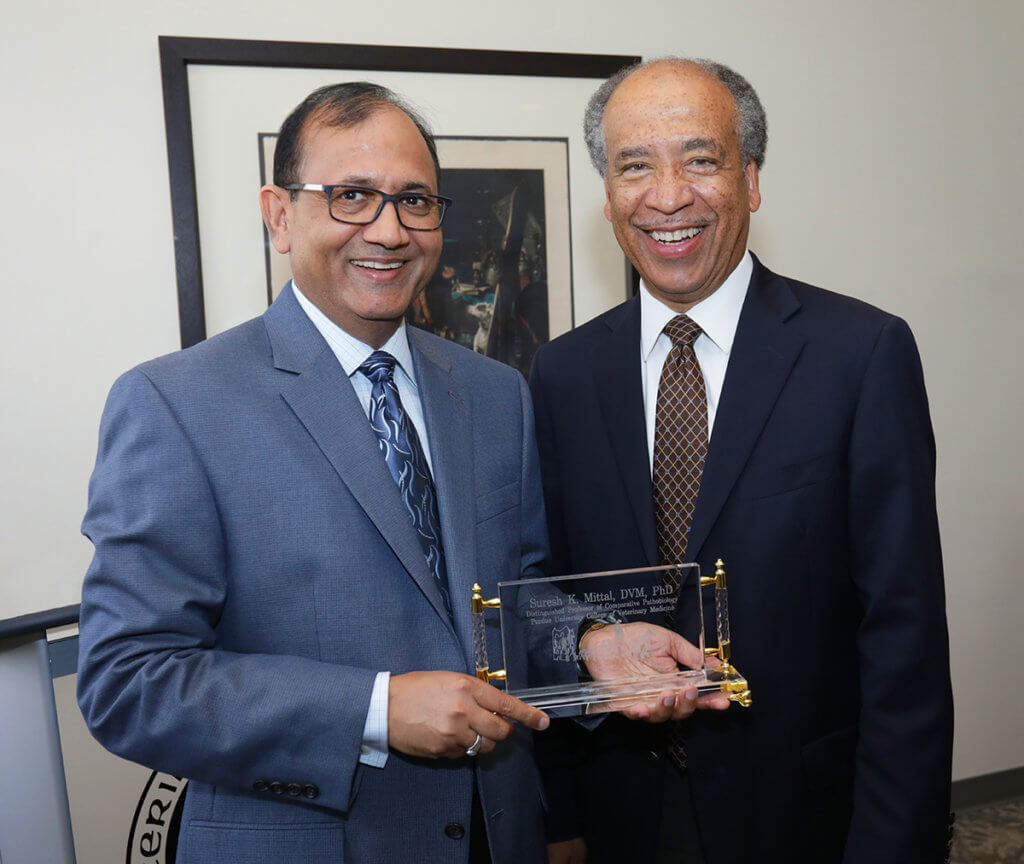 Dean Willie Reed presents newly named Distinguished Professor of Virology Suresh Mittal with a commemorative plaque at a reception held in his honor in Lynn Hall.

The Purdue University College of Veterinary Medicine gained a new distinguished professor this summer when the Purdue Board of Trustees ratified the appointment of Dr. Suresh Mittal as Distinguished Professor of Virology in the Department of Comparative Pathobiology. Dr. Mittal was invited to be present for the meeting on August 3, when the official action was taken. He also was honored by his Purdue Veterinary Medicine colleagues at a special reception held in his honor in Lynn Hall August 22.

Dr. Mittal is an internationally renowned scholar in the area of molecular virology and a leader in designing human and nonhuman adenoviral vectors for recombinant vaccines and gene therapy. One of his current research interests is to develop a universal influenza virus vaccine. In addition to his appointment in the College of Veterinary Medicine, he is the Infectious Disease Program leader for the Purdue Institute of Inflammation, Immunology, and Infectious Disease (PI4D) and a member of the Purdue University Center for Cancer Research, the Purdue Institute for Drug Discovery, and the Bindley Bioscience Center. 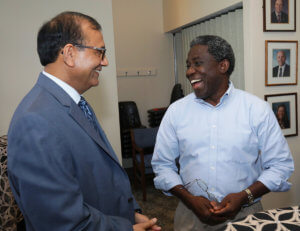 Dr. Suresh Mittal shares a laugh with a fellow PVM faculty member, Dr. Elikplimi Asem, professor of physiology in the Department of Basic Medical Sciences, at the reception held in Dr. Mittal’s honor.

During the reception in Lynn Hall, Dean Willie Reed said being named a distinguished professor is a very important professional honor. “Dr. Mittal is a distinguished professor not only in title, but in all the ways you can describe a university professor,” Dean Reed said. Noting Dr. Mittal’s renowned vaccine research, Dean Reed said, “Hopefully someday we’ll have a universal vaccine to prevent influenza based on his research.” Among the major grants Dr. Mittal’s research team has received is a $1.55 million National Institutes of Health (NIH) grant to fund research aimed at developing a broad spectrum vaccine capable of covering emerging influenza viruses that have the potential to trigger an influenza pandemic in humans. 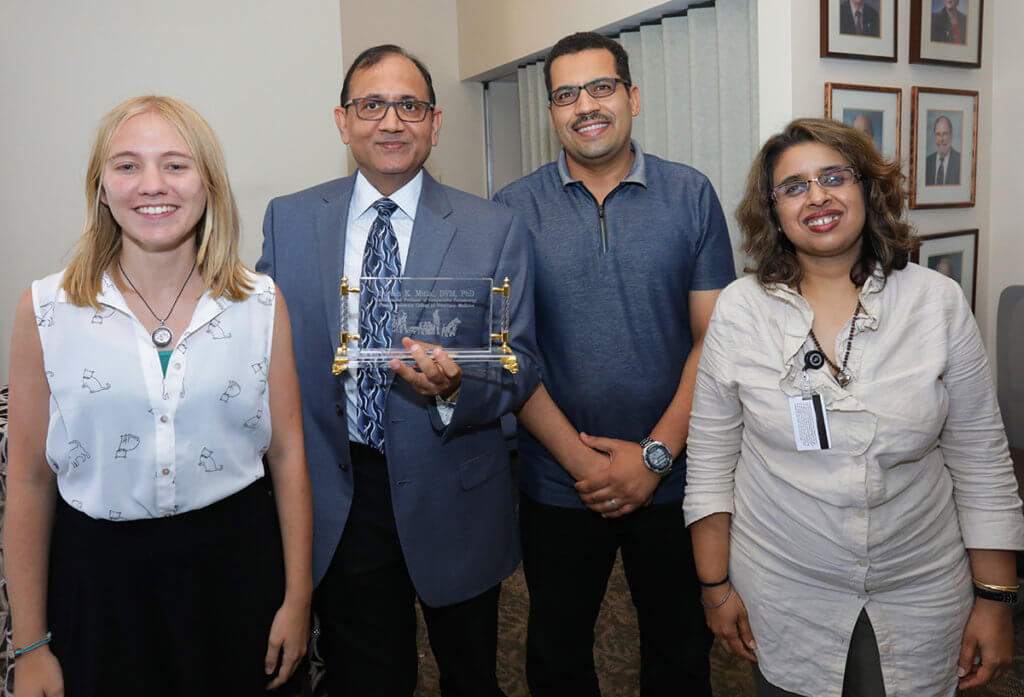 Dean Reed also commended Dr. Mittal for his commitment to the College, his colleagues and graduate students. “He’s trained PhD students, post-docs, and he’s helped mentor junior faculty members, which I think is just a tremendous thing for someone of his stature to take time to help others and bring them along,” Dean Reed said. “He is always willing to do whatever the College asks… Every time I’ve called to ask him to serve on a committee, he willingly says yes.” Dean Reed also pointed out how Dr. Mittal serves the broader scientific community, through such commitments as participating on NIH study sections and doing reviews for the Centers for Disease Control and Prevention (CDC).

In addition, Dean Reed said Dr. Mittal is a capable teacher, carrying a teaching load in the College’s DVM program, while also serving as an outstanding scientist. “The research that he’s done is cutting edge, and I’ve seen many articles about his work in local and national newspapers, and he’s done TV and radio interviews.” Dean Reed added, “He waves the PVM flag all across Purdue’s campus, and for that I’m grateful. I just can’t say enough great things about him.”

Dean Reed presented Dr. Mittal with a commemorative plaque bearing an engraving of the College’s Continuum sculpture and an inscription with his new title of Distinguished Professor of Virology.