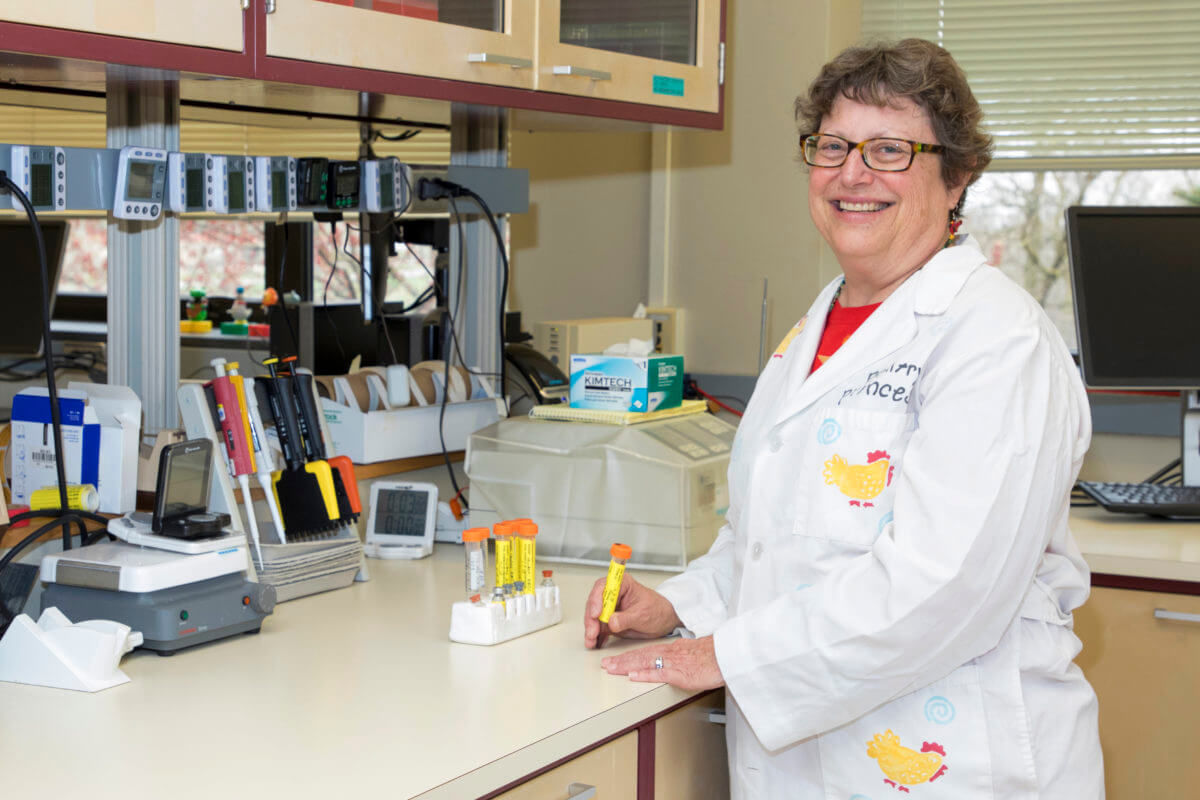 When a deadly avian flu outbreak threatened the nation’s poultry industry in 2015, Purdue Veterinary Medicine faculty member Pat Wakenell was at the forefront of efforts to contain the spread of the disease. The vital role she played in that situation, along with many other accomplishments throughout her career, contributed to Dr. Wakenell receiving the 2017 Frederick L. Hovde Award of Excellence in Educational Service to Rural People of Indiana. Established in honor of Frederick L. Hovde, Purdue’s seventh president, the Hovde Award is sponsored by the Indiana Farm Bureau Inc., and was presented during the organization’s annual meeting in December in French Lick, Ind. 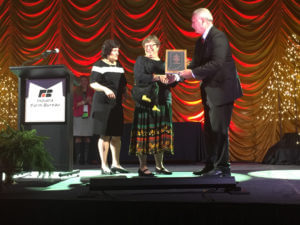 Dr. Wakenell is professor of avian diagnostics in the Department of Comparative Pathobiology and also serves as the avian diagnostic pathologist at the Indiana Animal Disease Diagnostic Laboratory (ADDL).  “The role she played in the 2015-16 avian influenza outbreak was key in helping eradicate a possibly devastating disease that had the potential to threaten the economic vitality of the poultry industry in southern Indiana,” said Purdue Veterinary Medicine Dean Willie Reed.

Dr. Wakenell also is widely recognized locally and nationally for leading initiatives to minimize the threat of disease transmission associated with backyard poultry – the practice of homeowners raising chickens, turkeys and geese on their property.  In addition, she has worked closely with the Indiana State Poultry Association and the Indiana State Board of Animal Health to help small poultry producers boost production while teaching them about practices that prevent avian-related diseases. Through those educational initiatives, Dr. Wakenell also helped prevent the transmission of salmonella and other poultry-related diseases from small producers to the commercial poultry industry, which contributes $4.25 billion to Indiana’s economy.

“Through her dedication, Dr. Wakenell has stayed at the forefront of the challenges facing the poultry industry,” said Interim Dean for the Purdue College of Agriculture Karen Plaut. “She exemplifies the spirit of the Hovde Award, which honors those who provide exceptional service to the people of rural Indiana. Her impact on the viability of the poultry industry is evident both locally and nationally.” 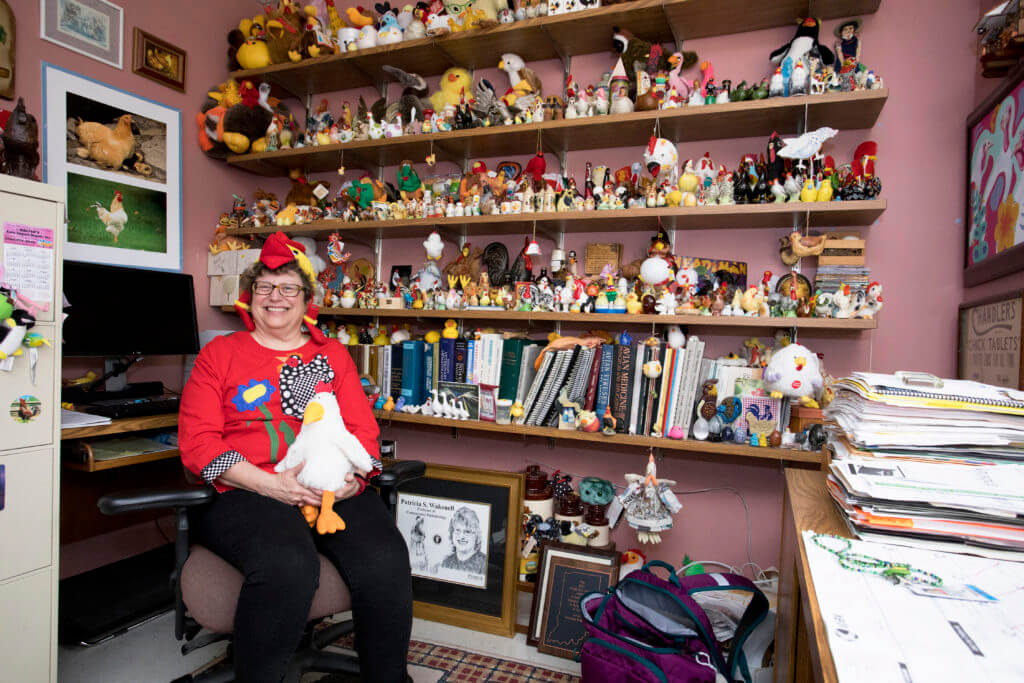 “Dr. Wakenell’s work in the field of poultry production has been exemplary,” Dean Reed said. “Not only has she made a significant impact on the poultry industry, she has provided outstanding mentorship to veterinary students and residents interested in pursuing careers in poultry medicine.”

Dr. Wakenell joined the PVM faculty in 2008. She previously served the California poultry industry in her role as an associate professor of veterinary medicine at the University of California, Davis.