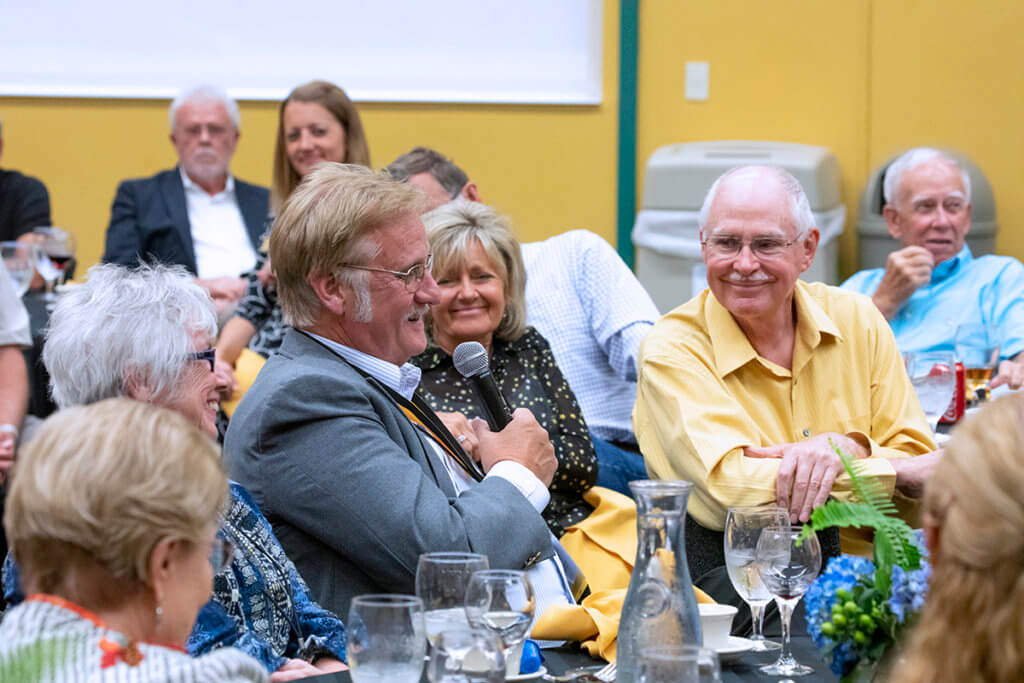 Members of Purdue Veterinary Medicine’s fifth Golden Anniversary Class, the DVM Class of 1968, received special recognition Friday, September 21, when they gathered at the Beck Agricultural Center for their class reunion dinner. The evening began with a reception and entertainment by the Purdue Musical Organization’s Purduettes Trio performing group. Dinner was followed by an opportunity for class members to share their recollections of memories from times at Purdue and their life experiences that have transpired over the 50 years since the class graduated.

Earlier in the day, class members had a chance to gather at Lynn Hall and don white coats for nostalgia’s sake before taking a tour led by representatives of the Class of 2019. Afterward, the class convened for lunch to hear an update on College initiatives and plans for the coming years. Their visit included a bus tour of campus.  Congratulations to the Class of 1968! 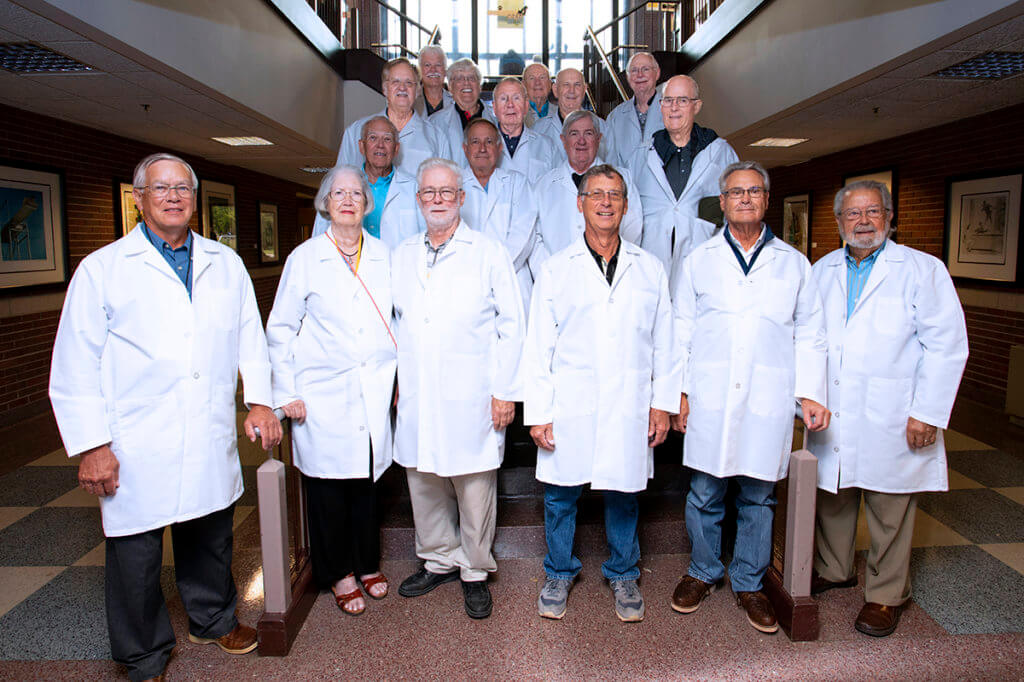 Members of the PVM Class of 1968 donned white coats for a nostalgic tour through Lynn Hall.