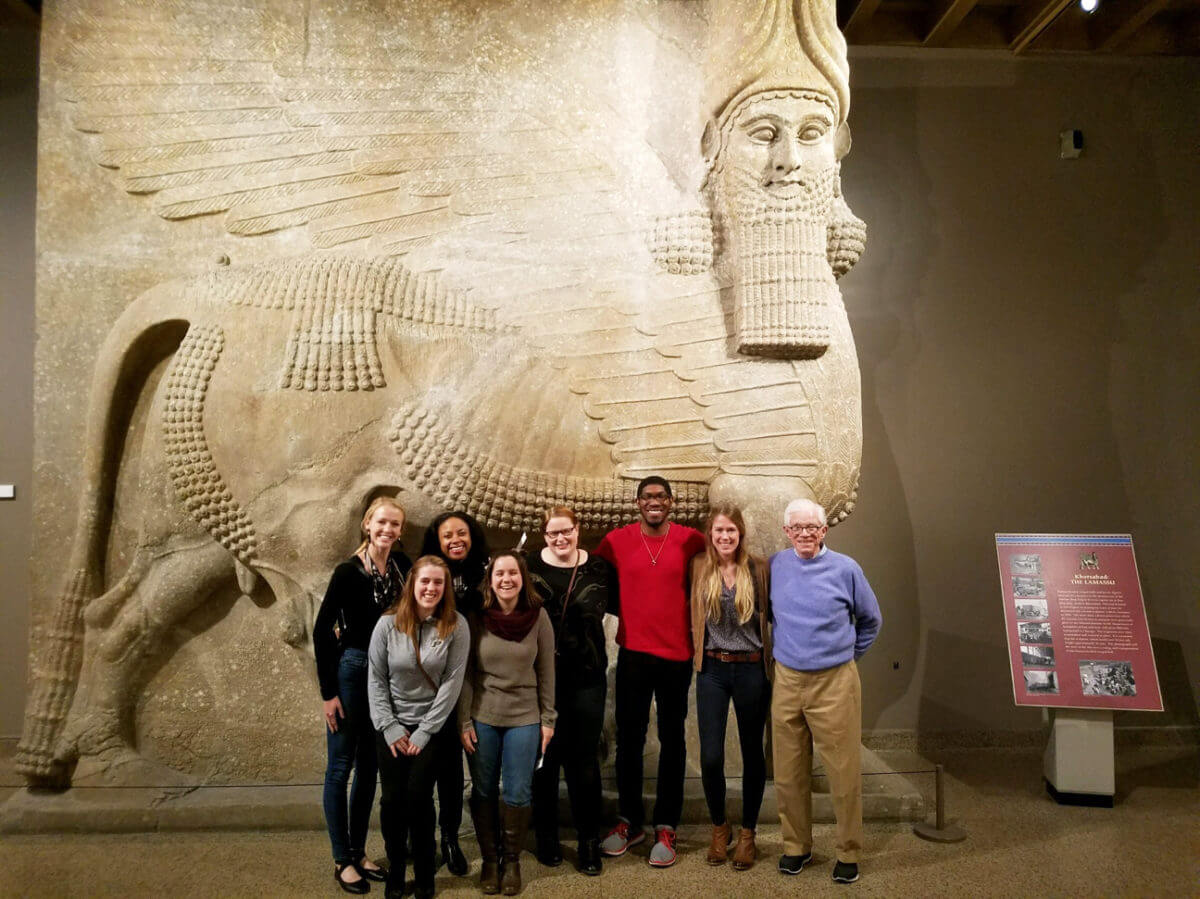 “Early Origins of Veterinary Medicine” is the title of a new Purdue Veterinary Medicine course, VM 86000, and students in the class had an exceptional opportunity earlier this month to come face to face with ancient artifacts they had studied in the course.  The instructor, Professor of Medical Illustration David Williams, took several third-year students enrolled in the class on a field trip to the Oriental Institute at the University of Chicago. 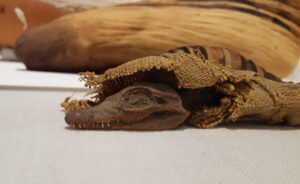 The class is the first in a series of five courses Professor Williams created and teaches that trace the history of man’s fascination with animals from the earliest examples of recorded history (cave paintings of early man) to the present. “The courses are largely based on my book, ‘Veterinary Medicine, An Illustrated History,’ which I co-authored with Robert Dunlop, former dean of the University of Minnesota’s College of Veterinary Medicine,” Professor Williams explained.  “Much of my early research done in the early 1990’s for this particular portion of the book (Mesopotamia and Ancient Egypt) was done at the Oriental Institute at the University of Chicago, which has an extensive collection of artifacts from this era on display, and in their collection.  I wanted to give the students an opportunity to see the artifacts in person, and also be able to see a wider range than is possible from the book, or that we can cover in class during a short 50-minute seminar.”

Among the students who went on the field trip April 7 was Kelsey Trumpp. “It was amazing to have the opportunity to travel to the Oriental Institute in Chicago and see some of the artifacts we have learned about in class,” Kelsey said.  “Watching the various cultures we have studied come to life through the collections at this museum helped solidify what we had learned and enriched our classroom experience with new information as well.”

The other class members who participated are Katherine Cook, Janna Draper, Bradley Nzinga, Betsy Pray, and Jennifer Ridge. Twila Canion, who took the course earlier, also joined the group.  “We were greeted by Dr. Emily Teeter (now retired), an eminent Egyptologist who was a great help to me when I did my original research there,” Professor Williams said. “Dr. Teeter explained the history of the Institute, how it was founded, its purpose, and the collection to the students.  Then we were off to explore. Nearly all of the objects of early animal care in Mesopotamia and Ancient Egypt we have discussed in the past month were available for closer inspection.” 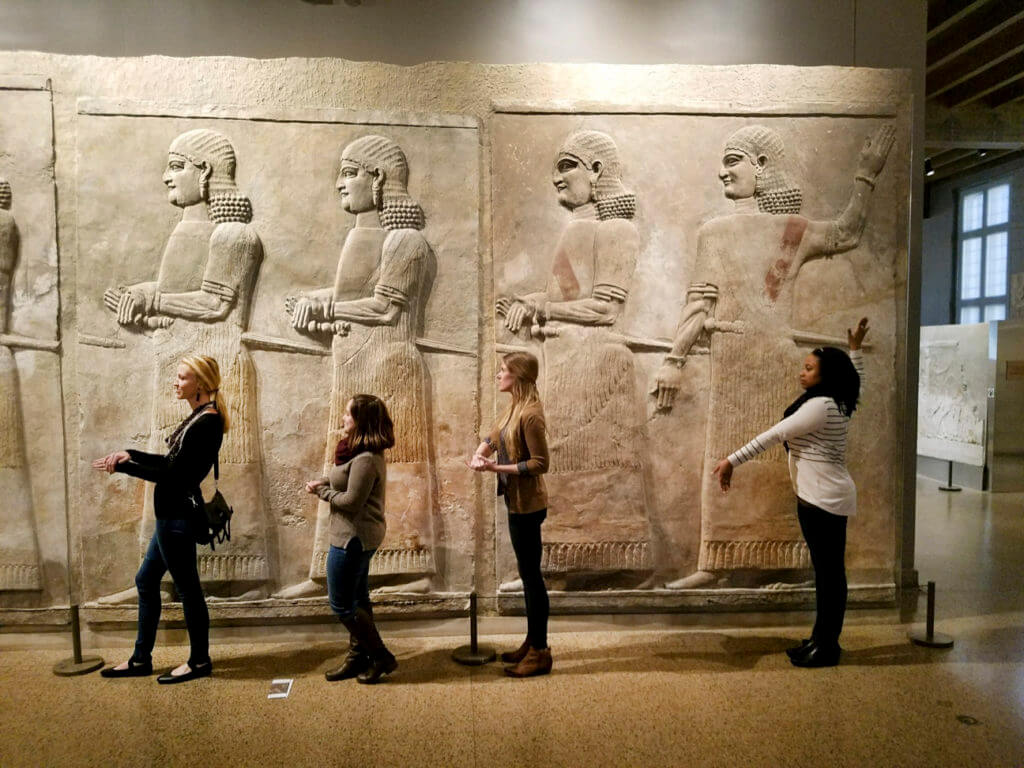 Third-year veterinary students engage in a bit of mime by an artifact in the Oriental Institute at the University of Chicago (left-right): Betsy Pray, Kelsey Trumpp, Katherine Cook, and Twila Canion.

After spending more than three hours in the Institute, the group walked through the beautiful grounds of the University of Chicago campus and Hyde Park before stopping at Giordano’s for pizza. “It was a wonderful opportunity for the students to socialize for a moment,” Professor Williams recalled.