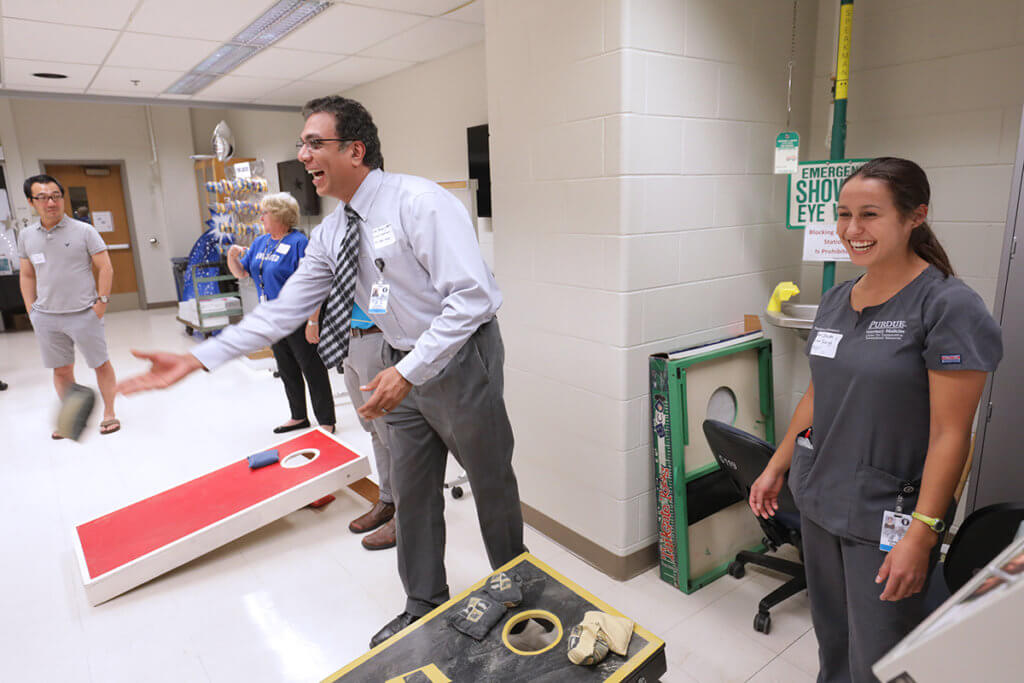 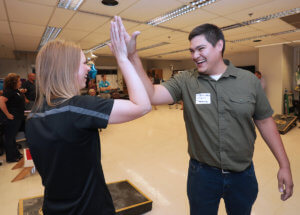 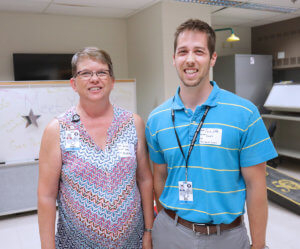 Account clerks Lisa Wright and Zach Wise formed the team “Strictly Business” and will compete in the championship round of the cornhole tournament September 12.

As the tourney progressed, the intensity of the competition increased.  Ultimately, three teams vanquished the other competitors, and earned the right to vie for the Cornhole Tournament Championship.  The final championship match will take place at the United Way Campaign Kick-off event on September 12 from 1:00 p.m. to 2:30 p.m., in front of the Continuum sculpture adjacent to Harrison Street.

The teams competing in the round-robin style grand championship will be:

Air Force I: Dr. Sandy San Miguel and Will Smith; and,

Drop by to cheer on our cornhole championship teams.  You also will be able to fill out your pledge card for the opportunity to win fantastic prizes and receive a sweet treat from the Dean.