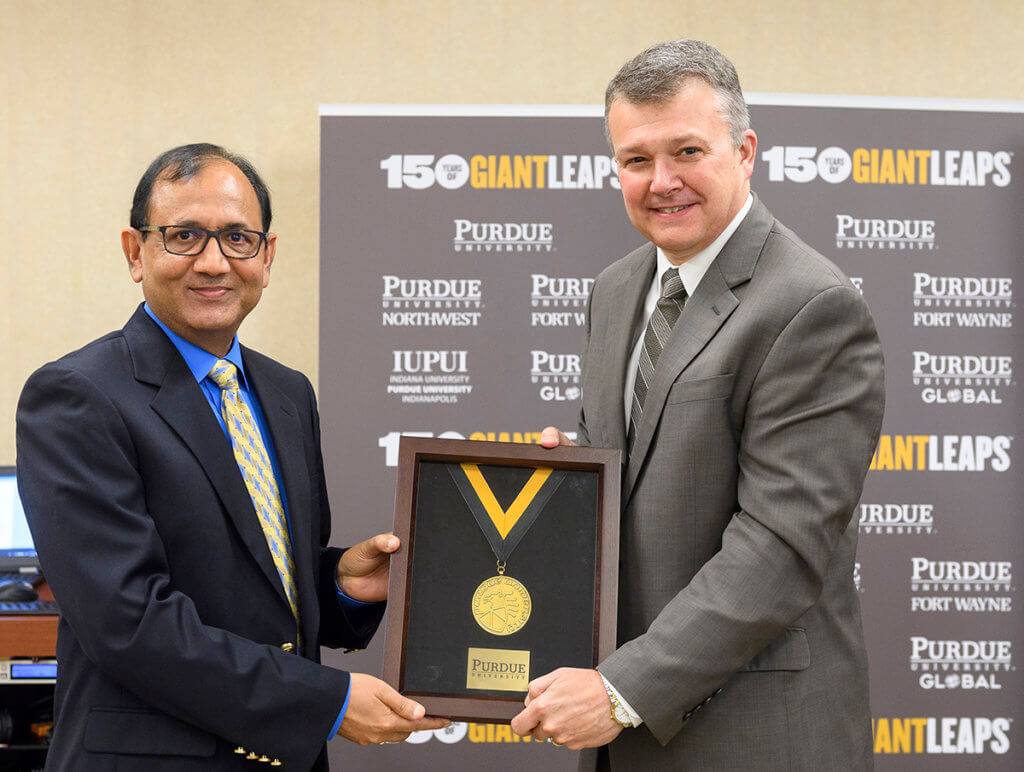 Purdue University Provost Jay Ackridge presents Dr. Suresh Mittal with a special medallion at the Board of Trustees meeting where his appointment as Distinguished Professor of Virology was ratified.

The Purdue University Board of Trustees on Friday (Aug. 3) ratified the appointment of Dr. Suresh Mittal as Distinguished Professor of Virology in the Department of Comparative Pathobiology.  Dr. Mittal is an internationally renowned scholar in the area of molecular virology and a leader in designing human and nonhuman adenoviral vectors for recombinant vaccines and gene therapy. One of his current research interests is to develop a universal influenza virus vaccine. In addition to his appointment in the Purdue University College of Veterinary Medicine, he is the Infectious Disease Program leader for the Purdue University Institute of Inflammation, Immunology and Infectious Disease (PI4D) and a member of the Purdue Center for Cancer Research, the Purdue Institute for Drug Discovery and the Bindley Bioscience Center.

A reception in Dr. Mittal’s honor will be held at the College of Veterinary Medicine Wednesday, August 22, from 3:00 – 4:00 p.m. in Lynn 1192.  Light refreshments will precede remarks.