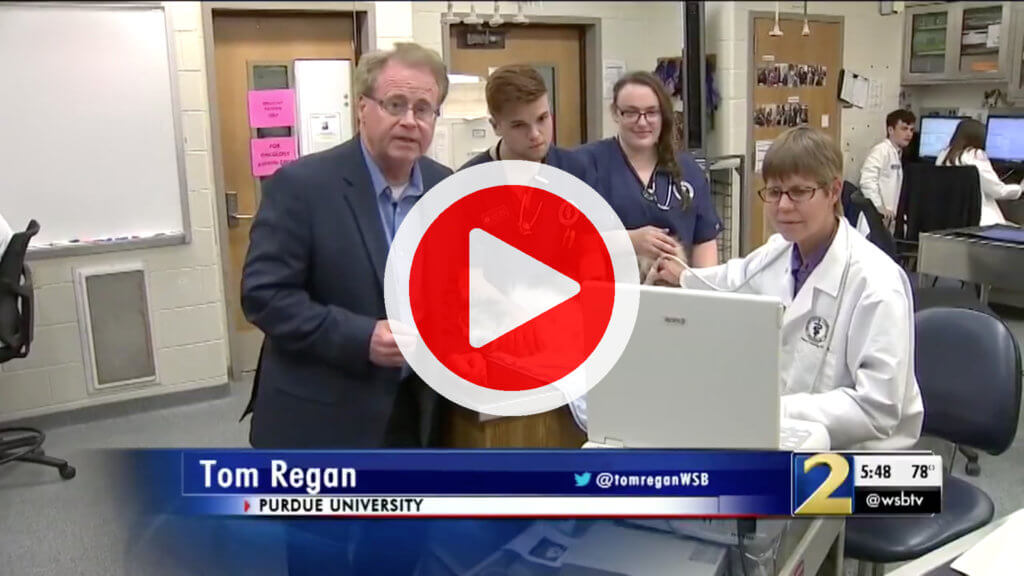 “The cancer that dogs spontaneously develop is much more similar to the human condition than experimentally induced tumors in laboratory animals,” said Dr. Knapp, who, together with her PCOP colleagues, conducts research that compares cancers in dogs to cancers in humans to develop new ways to diagnose and treat the disease.  “Comparative oncology means studying cancer across species, so you can learn something from one species that applies to another,” Dr. Knapp explained in the WSB-TV report.  The story went on to show how, in clinical trials at the Purdue University College of Veterinary Medicine, dogs with naturally occurring cancers are given new treatments to attack tumors.

Several long-term clients and canine patients were featured in the story, including Ward Witt and Blue, Laurie and Bob Hoffman and Dexter, and Brenda and David Schisler and their dog, Mini Lee. The pet owners credit Dr. Knapp with saving their dogs’ lives, and describe how they find meaning in participating in a study with larger implications for cancer research to benefit dogs and humans.  Click here to view the complete feature story.