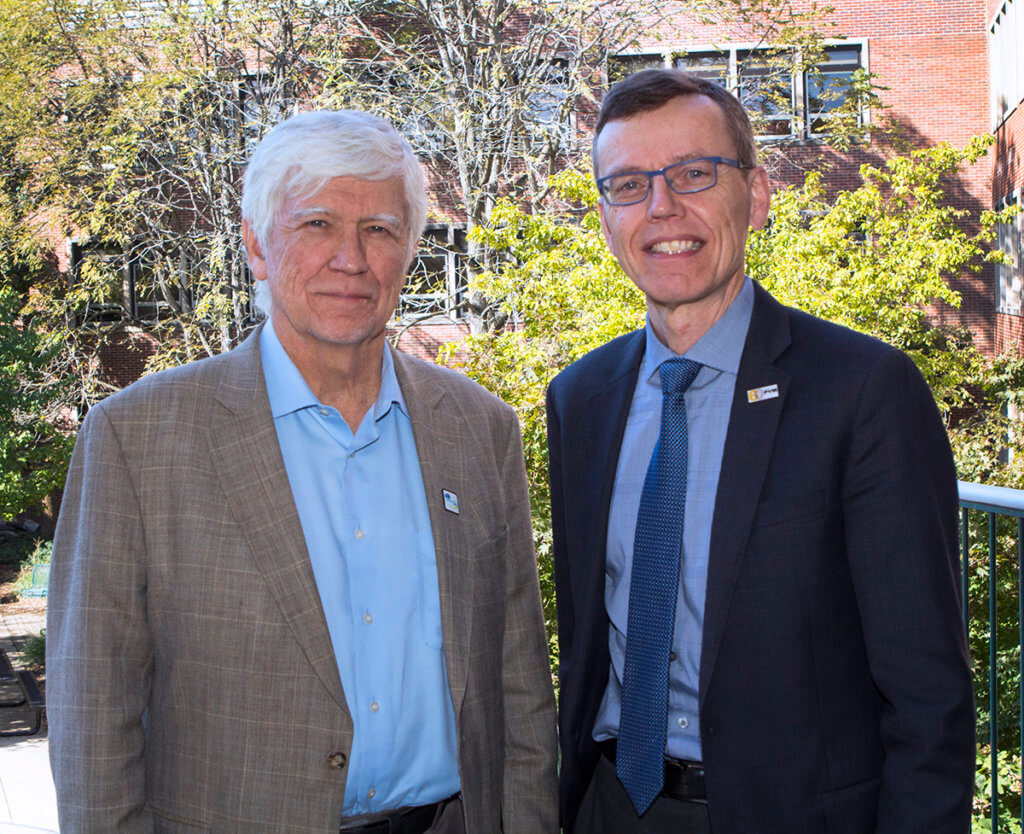 Dr. Mittermeier is recognized for his dedication to protecting species and habitats. Throughout his career, he has been responsible for protecting hundreds of species and millions of acres of critical habitat around the world. Dr. Mittermeier’s lecture at Purdue, entitled, “Biodiversity Conservation: A Global Priority – Approaches to Saving Our Natural World, with Particular Reference to Primates and Tropical Forests,” was open to the Purdue community, and drew a standing-room-only crowd in Lynn 1136.  Students also filled G167, where the presentation was simulcast. 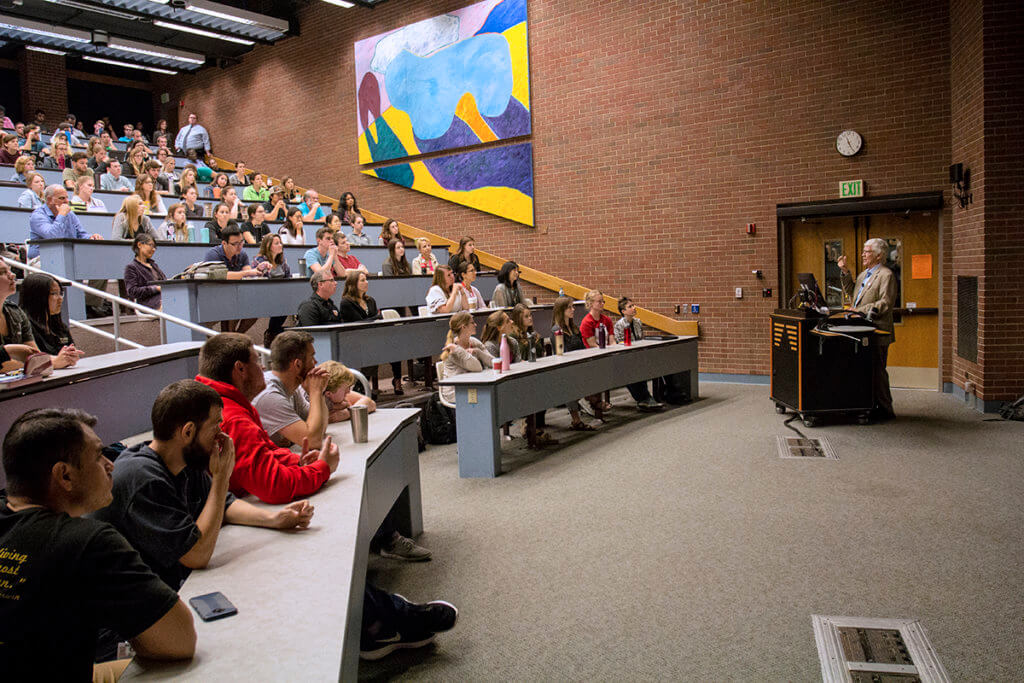 Dr. Russell Mittermeier, winner of the 2018 Indianapolis Prize for his major role in protecting animal species and vital habitats, addressed a standing-room-only crowd during a presentation Monday, October 1, in Lynn Hall.

During his talk, Dr. Mittermeier shared his personal experiences as he explained the importance of biodiversity. He said that even as a young boy, he aspired to be involved with wildlife, commenting that he always wanted to be called “Tarzan.” Much of his time during the last 50 years has been spent researching primates in rainforest regions. He has been involved in the discovery of more than 20 species new to science — including three turtles, seven lemurs, four tarsiers, and seven monkeys — and he even has eight species named after him by colleagues (three frogs, one lizard, two lemurs, a saki monkey, and an ant).

As he shared about his accomplishments, Dr. Mittermeier showed many pictures of the primates he discovered.  He also emphasized the importance of biodiversity, saying, “Biodiversity is us,” and adding that biodiversity changes all the time and depends on us to maintain it, since loss is irreversible. Dr. Mittermeier is best known for his leadership in championing the concept of Biodiversity Hotspots — critical areas known for their biological diversity, endemic species, and severe level of threat.  After explaining his focus on biodiversity, Dr. Mittermeier described actions needed to repopulate the hotspots and bring more biodiversity to the planet. One of those actions is getting future generations involved, a thought he directed to the students in the audience. He concluded, “We are responsible for the future of conservation. Together we have the opportunity to change the course of conservation history.”