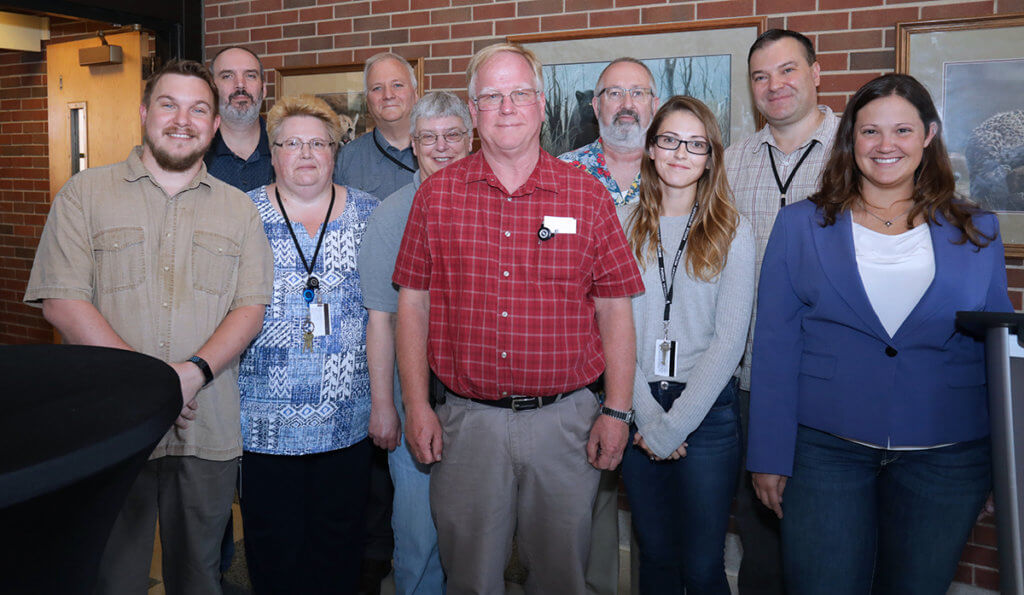 Dave Chasey (center) with his PVM-IT colleagues at his retirement reception held in the Continuum Café September 19. 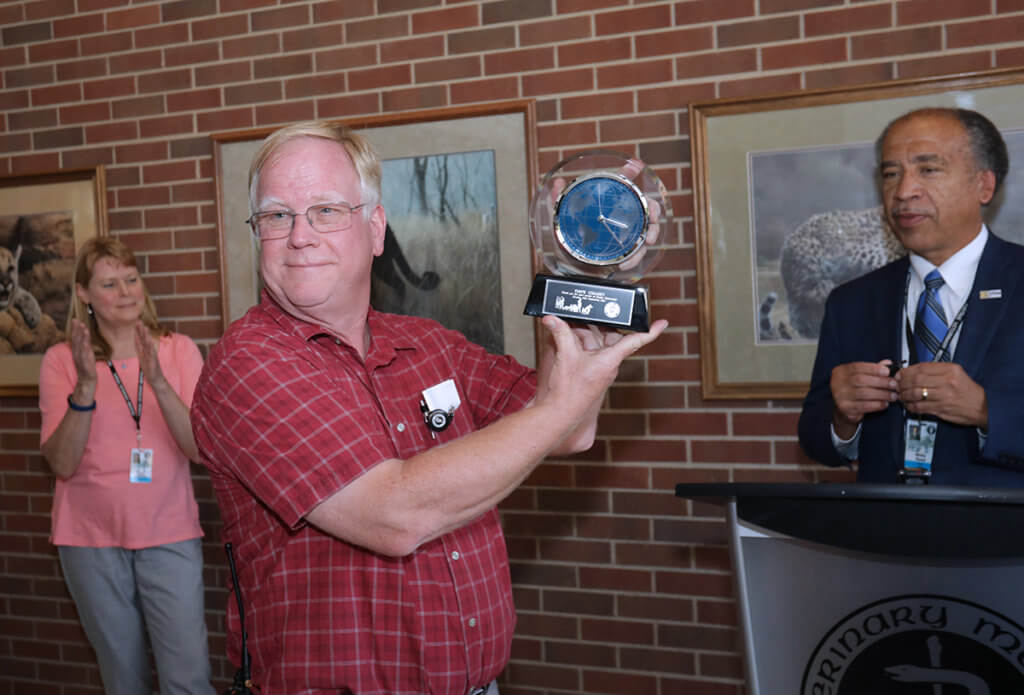 Retiring PVM-IT Director of Support Services Dave Chasey displays a commemorative clock given to him at a reception in recognition of his retirement after 36 years at Purdue University.

The Purdue University College of Veterinary Medicine recognized retiring PVM-IT Director of Support Services Dave Chasey at a reception in the Continuum Café last month.  His retirement, effective October 1, concluded a 36-year Purdue career that began when he was hired by the Engineering Computer Network (ECN) in 1982, upon completing his Purdue Bachelor of Science degree in electrical engineering.  He remained with ECN for 15 years, before accepting a position in the College of Veterinary Medicine in 1997.  Dave recalled that at that time, the College had about 200 stand-alone personal computers – a number that has grown to about 1200 today.  He also said he was intrigued by the opportunity to work in the College, because the job enabled him to utilize his electrical engineering education in a medical field, which he had a connection to through his work as an EMT and volunteer firefighter with the Wea Township Community Fire Department.

At the reception September 19, Dean Reed praised Dave for his loyalty and commitment to the College, and Associate Dean for Academic Affairs Kathy Salisbury, who Dave reported to, expressed appreciation for his dedication and his advocacy for keeping the College’s network secure.  In recognition of Dave’s service to the College, Dean Reed presented him with a commemorative clock.  Congratulations Dave!