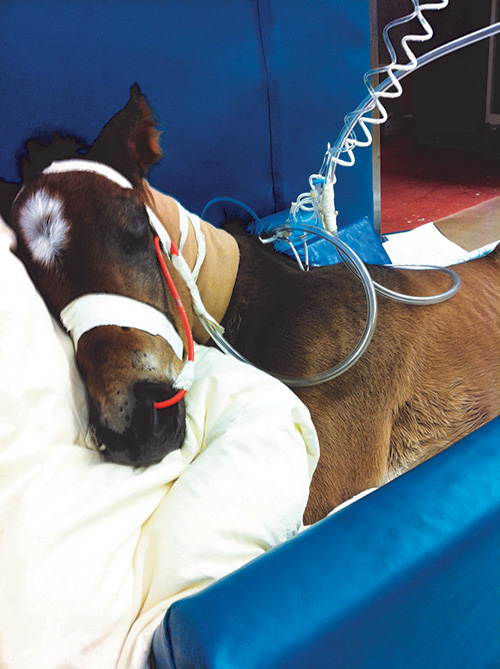 A foal undergoes treatment for sepsis at the Purdue University Large Animal Hospital.

Sepsis is a common cause of illness and death in both humans and animals worldwide, and occurs when infection leads to overwhelming, whole-body inflammation. In the majority of cases, infections resolve quickly by the use of antimicrobial drugs such as antibiotics, but widespread inflammation can lead to shock, organ failure, and death. Developing new therapies that stem the harmful cascade of inflammatory events is vital to improving survival in septic patients.

Dr. Sandra Taylor, associate professor of large animal internal medicine in the Purdue University College of Veterinary Medicine, is conducting research aimed at improving treatments for sepsis in horses. Newborn foals and other large animal species are particularly susceptible to sepsis when colostrum (the mother’s first milk) is not ingested within a few hours of birth. Colostrum contains protective antibodies that are critical in preventing ingested bacteria from entering the blood stream and causing sepsis.  Adult horses also suffer from sepsis, which can occur in cases of severe pneumonia, colitis, or uterine infection.

Dr. Taylor’s love for animals, particularly horses, led her to pursue a career in veterinary medicine. “While investigating an equine model of HIV during graduate school, I developed a passion for research,” Dr. Taylor said. “I am especially interested in research that can be applied to both animals and humans.” Equine studies can be good examples of that kind of comparative research, according to Dr. Taylor. 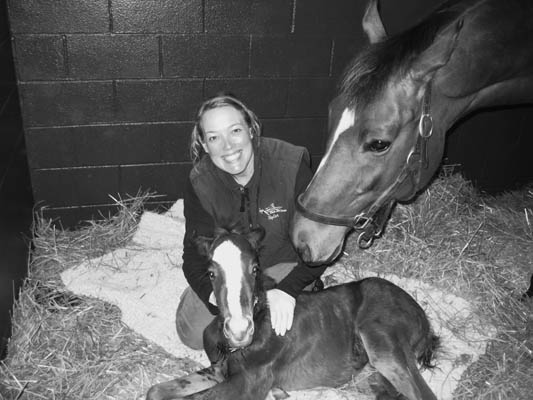 Specifically, Dr. Taylor has studied the anti-inflammatory effects of ketorolac tromethamine (KT) in the horse, and has found that this non-steroidal anti-inflammatory drug (NSAID) decreased inflammation in equine blood that had been stimulated with gram negative bacteria. She is currently investigating the analgesic properties of KT, phenylbutazone (Bute), and flunixin meglumine (Banamine®) in the horse. She hopes that KT will be a superior NSAID in treating both sepsis and pain in horses.

Dr. Taylor is also investigating the safety and efficacy of using stem cells to treat sepsis. Stem cells have been shown in her laboratory to elicit anti-inflammatory effects in bacteria-stimulated equine white blood cells, and in rodent models (mice and rats). Dr. Taylor has isolated and grown stem cells from horse blood, and is currently in the process of characterizing the cells prior to confirming the safety of intravenous administration. The next step will be to test the ability of stem cells to improve survival in septic horses.