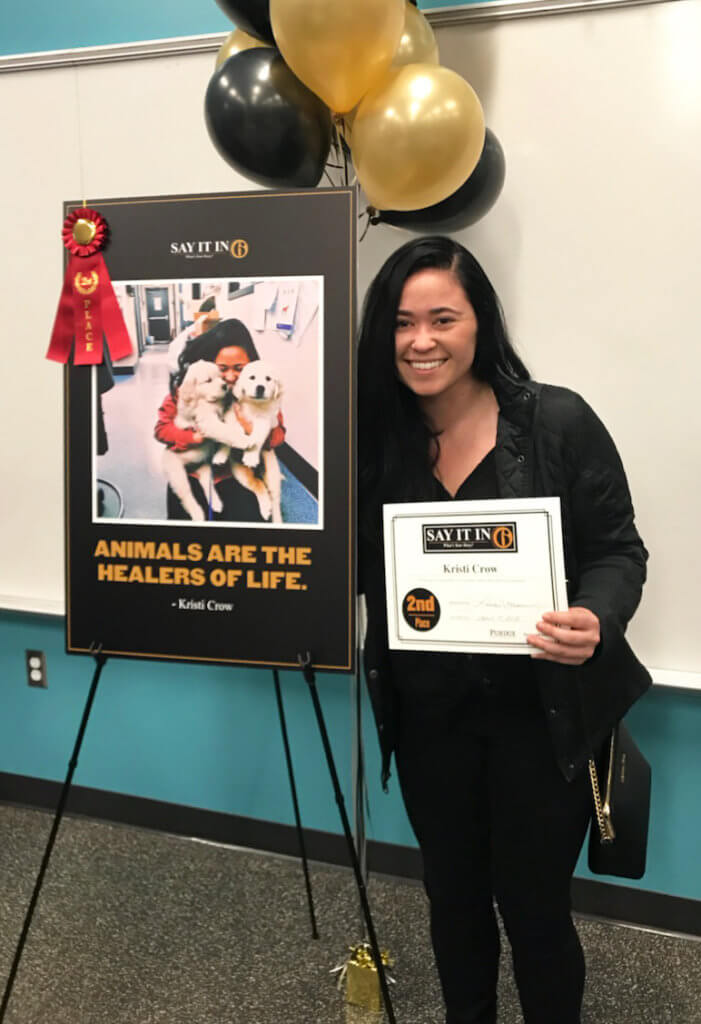 Kristi Crow, of the DVM Class of 2020, won second place in the Purdue University Graduate Student Government’s competition “Say It In 6.”

What can be shared with just six words? For Purdue veterinary student Kristi Crow, of the DVM Class of 2020, quite a bit, actually. Kristi won second place in the Purdue Graduate Student Government’s competition called “Say It In 6®” with her submission, “Animals are the healers of life.”

Based on Smith Magazine’s “Six-Word Memoirs®” concept, Say It In 6 is a competition that challenges students to tell a story about their graduate experience in a clear, concise, and, most importantly, creative way, using only six words and a visual aid. Over 50 submissions were received with three prizes awarded: first place, second place, and audience favorite.  Each included a cash prize as well as a copy of the Six-Word Memoir book.  The 2018 winners were announced on April 9 with the finalists’ entries displayed at the Three Minute Thesis (3MT) competition reception held on April 17.

Congratulations, Kristi! We couldn’t have said it better ourselves.

Click here to view the winning Say It In 6 entries.

Click here to read a news release about the graduate student competition published in today’s issue of Purdue Today.